Representatives of Solidarność trade union and DCT management, today signed an historic agreement covering labour relations at the port for the next 3 years. The agreement covers pay rates, hours of work, holidays and general conditions for 600 workers at the fast-growing new terminal in northern Poland and will run until 31st March 2019. A second terminal is due to open next year and the workforce will grow to 1500 workers with an annual capacity of 4 million TEU, as the port seeks to become the main Baltic gateway to Russia and Central Europe.

The signing of this agreement marks the end of a bitter 3-year dispute between the port and their workforce, that has included complaints from the union over victimisation and harassment by the employer and the firing of union leaders,  demonstrations at the port, demonstrations in other European countries against the Bank which owns the port (Macquarie) and the support of customers and the local community. It also provides a satisfactory resolution to the labour dispute that has been registered with the National Labour Commission since June 2015.

ITF Dockers’ Section Vice-Chair Torben Seebold said: “It’s fantastic news that our brothers and sisters in Gdansk have won their long battle. The ITF family has stood shoulder-to-shoulder with them as they have fought against the belligerent and intimidatory tactics of previous management. A change in management at the port was overdue and now we are hopeful that DCT Dockers can have better standards that are consistent with those in other neighbouring countries. It is no less than they deserve. We are sending out an important message to all port-owners; we will not let you get away with trying to drive down pay and conditions by building new ports and employing cheap labour. “

Solidarność leaders have asked me to pass on their thanks and appreciation to the many ITF affiliates who have stood with, supported and helped them throughout this struggle. More information is available on ITF Dockers facebook and on the ITF website here: 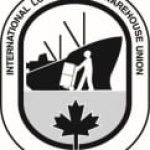 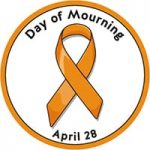