The International Transport Workers’ Federation (ITF) is demonstrating its commitment to tackling bullying and harassment within the dockers’ industry with the launch of a new set of online resources.

The training modules draw on the experiences and best practice of ITF unions and associated organisations all over the world that are taking steps to combat bullying and harassment at work.

Although the resources are relevant to the issues of bullying and harassment across genders there is recognition that women are more vulnerable to certain forms of violent behavior, especially in male dominated workplaces. The modules have been designed for delivery by union trainers with the support of the ITF dockers’, women’s and education teams.

Dockers’ representative on the ITF women’s committee Monique Verbeeck said: “We’re very clear that bullying and harassment at work fit firmly into the remit of violence against women, something that the ITF and ITF unions have made a long term commitment to eradicate. These modules are a practical step to support that goal.

“Dockers’ unions are taking definitive action on bullying and harassment at work and we’re seeing real results and a growing confidence in reporting issues and dealing with them proactively as well as making prevention a priority. But there’s always more that can be done. The launch of these modules is recognition of that.”

The English launch of the bullying and harassment training modules took place during an ITF dockers’ section committee meeting held in London this week. Language versions in French, Spanish and Arabic will also soon be available online.

ITF unions across the globe will be taking action to mark UN day for the elimination of violence against women on 25 November. Visit the ITF 25 November campaign page.

Find out more about the ITF dockers’ section. 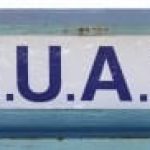 Day 102: MUA Hutchison Port Workers Back Through the GateNews