On 20 August this year Rio Wijaya, a trade unionist from the Indonesian dockers’ union, was brutally attacked by security guards at Hutchison Port’s terminal in Jakarta.

Later, he was arrested and detained under false allegations of defaming and assaulting the security guards. 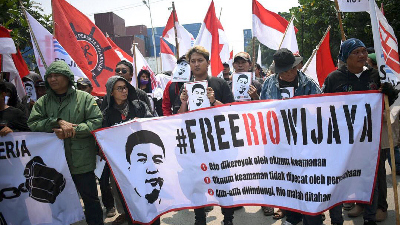 What happened to Rio is part and parcel of an increasingly anti-union climate at the biggest container port in Indonesia.

Over the past 18 months, attacks on trade unionists have included the shooting of members’ cars, the mass sacking of 400 casual workers at the port, and the terminal’s appalling safety conditions that have resulted in the death of four workers since July 2016.

The International Transport Workers Federation (ITF), together with the union in Indonesia, has launched a global online campaign in support of Rio and the dockers in Jakarta.

Please take a moment to send a message of protest to the company to demand that they drop the charges against Rio and end the attacks on trade unionists:

Please share this message with your friends, family and fellow union members.