The Best Men That Ever Worked the Lumber 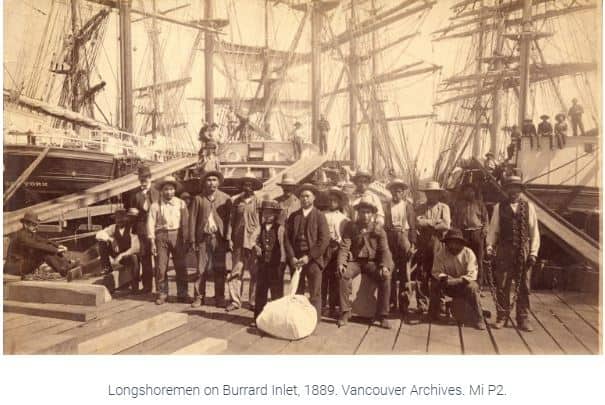 Indigenous economies existed in BC long before European contact. As the colonial economy emerged indigenous people became part of the formal workforce as miners, loggers, sawmill workers, agricultural workers, cannery labour and fishers, but their role in the early economy has been written out of history.

In Episode 9 of “On the Line: Stories of BC Workers” host Rod Mickleburgh examines indigenous workers on the waterfront, where they gained a reputation as “the best men that ever worked the lumber”. Indigenous workers also formed one of the earliest BC unions, a local of the Industrial Workers of the World. This episode includes audio clips from family members sharing stories of early indigenous longshoremen. 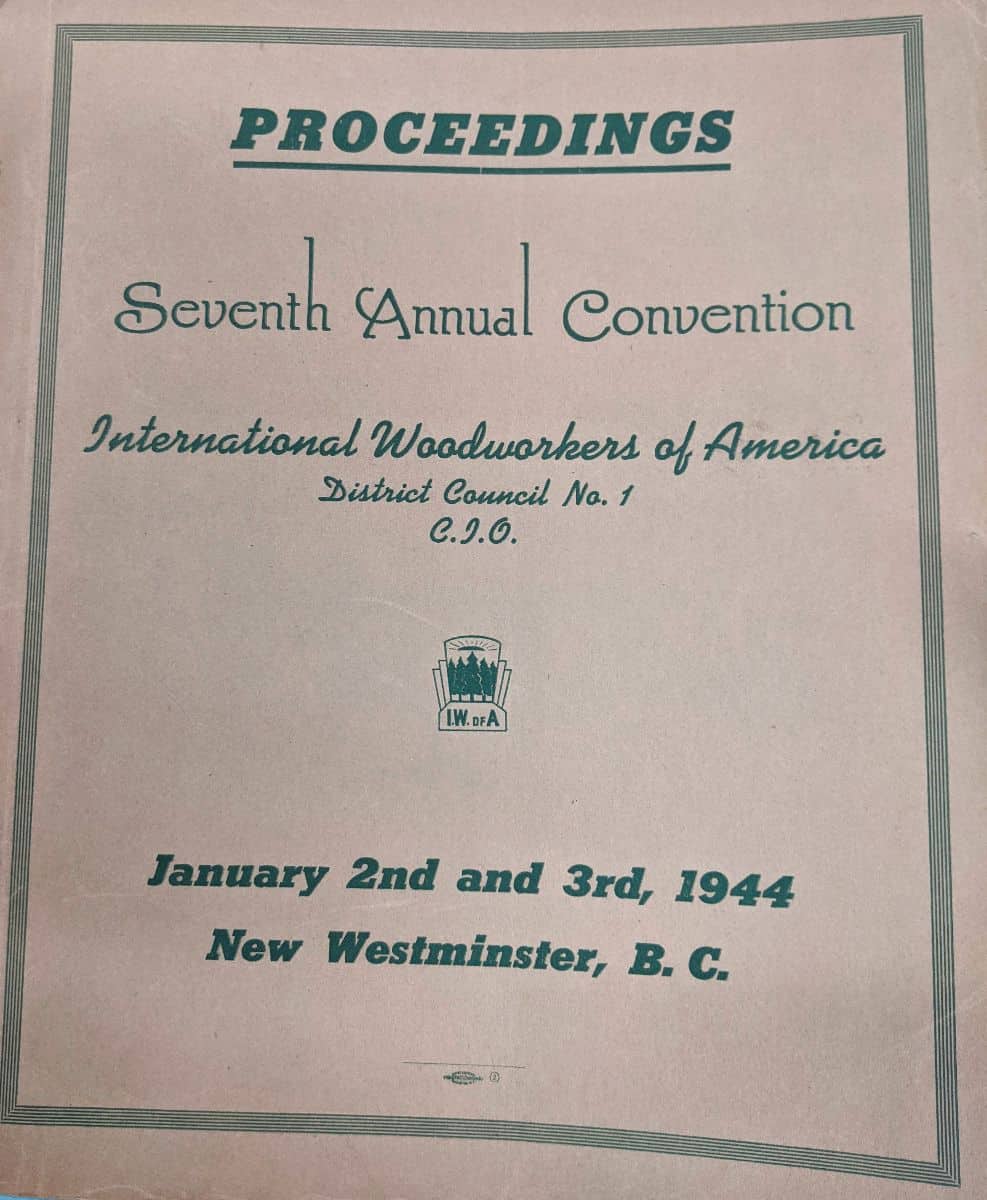 Records held and being processed at the Kaatza Station Museum and Archives in Lake Cowichan include several from International Woodworkers of America (IWA) offices, mainly between the late 1940s and the early 2000s. The majority of the collection is of the IWA Canada National Office, as well as its predecessor organizations the IWA Western Canada Region #1 and the IWA British Columbia District #1. The collection also contains the records of two local unions, namely the IWA 1-217 in Vancouver and the IWA Local 1-71 in Courtenay. Sign up to receive updates.

The BC Labour Heritage Centre went sifting through the records as part of our research for the South Asian Labour History Project. The IWA was once the largest union in BC and left a legacy of successful battles for seniority rights, union security, anti-racism and voting rights for its members.

“Our only friend…is the labor movement” 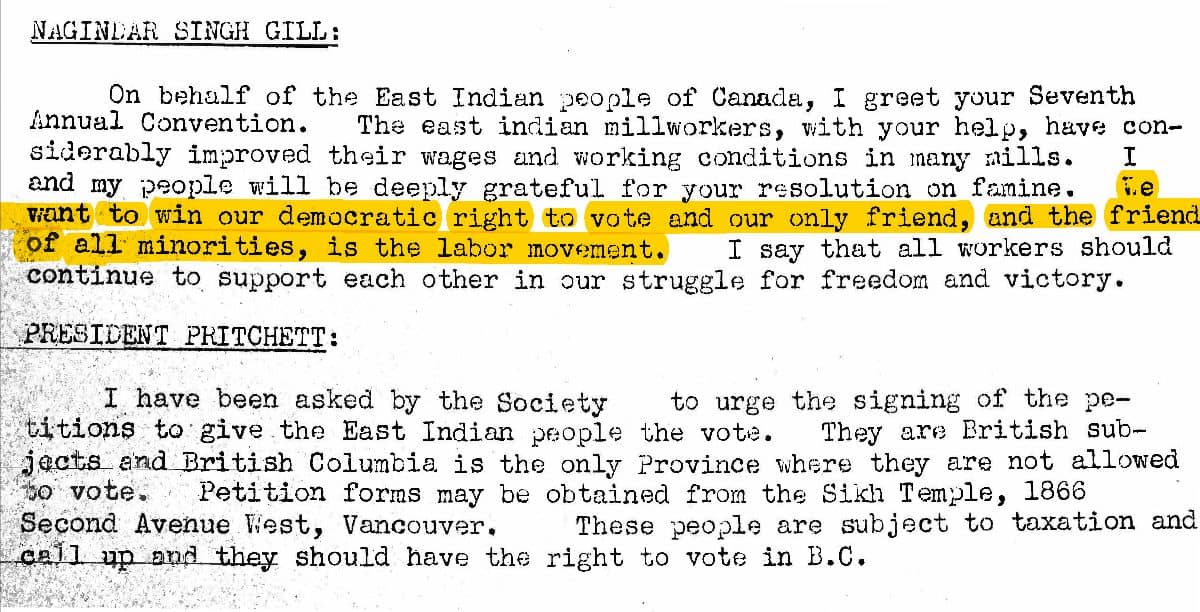 This month in BC Labour History

July 1, 1974 – The BC Ambulance Service was created, the first of its kind in Canada. Lloyd O’Brien tells the story.
July 15, 1983 – Operation Solidarity was formed in what would become the largest political protest in British Columbia.
July 17, 1935 – The International Woodworkers of America is founded with BC’s Harold Pritchett as President.
July 17, 1979 – Farmworkers Organizing Committee first major victory at Mukhtiar Growers in Clearbrook.
July 25, 1986 – Start of four-month coast-wide IWA strike.
July 27, 1918 – Ginger Goodwin is shot by Provincial Police near Cumberland, prompting BC’s first general strike. 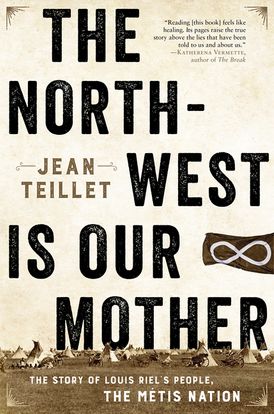 After reading this book I now understand that what happened in 1885 was not a rebellion by the Metis, but a genuine act of resistance against the continued takeover of Metis territories by the Canadian state. Written by a Vancouver Indigenous Rights lawyer and a direct descendant of Louis Riel, the book recounts the century and a half of historical struggles of the Metis people of Canada to be treated as a nation and to be directly involved in discussions and decisions that would affect their lives and livelihoods.

An Open Letter from Bea Bruske, President of the CLCNews 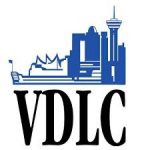